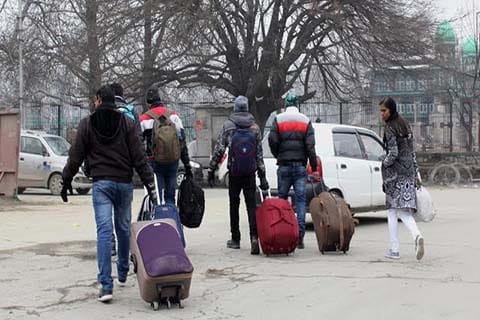 Exposing the negative propaganda against Jammu & Kashmir, a report by the Government of India has confirmed that there has not been a single crime reported against tourists in the state in past two years. This is despite the presence of separatist militancy in Kashmir that has only increased in the past two years.

According to a report by ministry of home affairs (MHA), there has not been a single incident of crime against foreign tourists, including females, in Jammu and Kashmir while 284 such incidents have been reported during the period in other states of India.

“Our habitability is best. We opened our hotels for stranded tourists last week when the Airport was closed for a brief period. This report has again reiterated that Kashmir is the safest place in India for foreign tourists,” said Mushtaq Ahmad Chaya, Chairman, Jammu and Kashmir Hoteliers Club.
Chaya said: “No matter what the situation in Kashmir is, but our tourists are always safe and welcome. Though outside news outlets are hell bent to defame us, our hospitality and warmth have always won over hatred.”