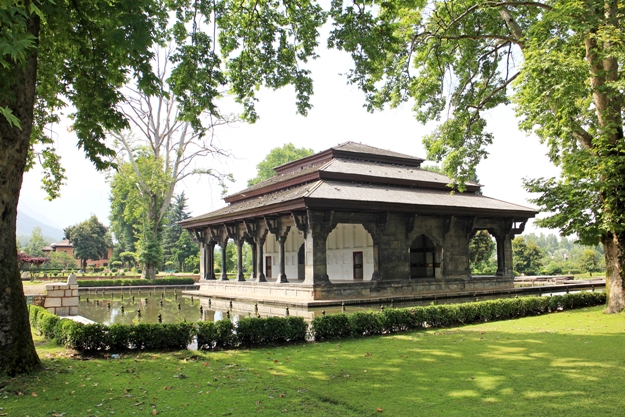 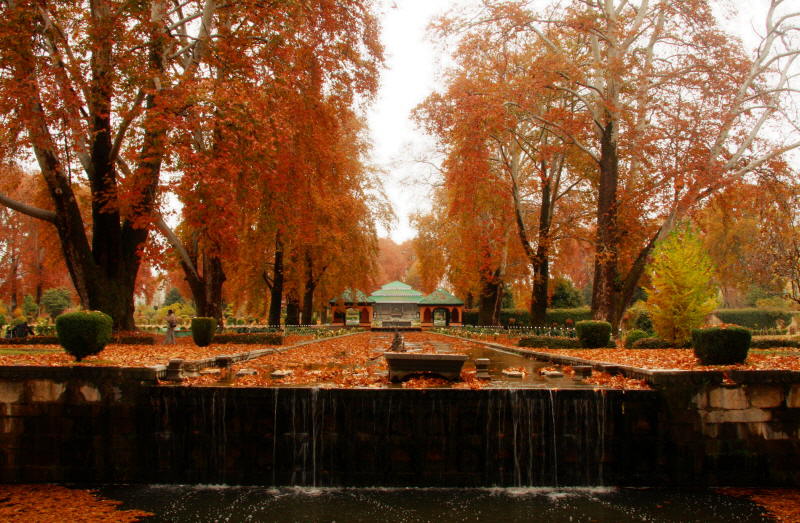 Shalimar Garden or Shalimar Bagh in Srinagar is the largest Mughal garden in Kashmir valley built by Mughal Emperor Jahangir in the year 1619 AD for his wife Empress Nur Jahan. The term Shalimar comes from Sanskrit language which means “Adobe of Love”. This famous garden in sited on the right banks of Dal Lake and the garden is also popularly called as Shalamar garden or Bagh, Faiz Baksh and Farah Baksh. This garden is the outstanding example of Mughals in the field of horticultural.

The three terraced Shalimar Garden is very well known for Mughal architectural excellence which is planned according to the ground surface and the water supplying source. The garden is divided into public and private garden. Water fountains and pools are located in each terraces and water to it are supplied in series. Shalimar has a total of 410 water fountains within its premise.

The second terrace of Shalimar has two narrow terraces lined by many water fountains. This terrace leads to “Diwan-e-Khas” which is the private audience hall which was once used only by the Royal courts, noble men and their guests. Royal bathrooms can also be sited towards the north west of the terrace.